As a Digital Marketing Partner for Small Businesses, we help with web developing, ecommerce & digital marketing.

What is Malware & How to Prevent Malware Attacks

What exactly is Malware? Well, malware refers to all malicious software, such as viruses, trojans, and more, all of which are used by individuals who seek to infect systems and networks for the purpose of gaining access to your data.

What is the definition of malware?

Malware, or malicious software, is a code or file that’s usually sent over a network to infect, steal, or really just do anything the attacker wants.

They infect your computer systems in order to gain remote access so they can use your infected computer, they may do so in order to send spam. They may want to explore your local network and even steal sensitive information.

What are the different types of malware?

As previously mentioned, the term Malware includes all types of malicious software, these are the various methods of spreading malware:

Adware ﹘ There are forms of adware that are legitimate, however, there are others that can gain unauthorized access to computer systems.

Botnets ﹘ Also called “robot networks”, botnets are made up of networks of infected computers all run from a centralized point with the use of command-and-control servers. Botnets are often behind distributed denial-of-service (DDoS) attacks.

Cryptojacking ﹘ This is a form of malicious cryptomining, which involves the hacker secretly using the victim’s computing power to generate cryptocurrency.

Malvertising ﹘ A combination of the words malware and advertising that involves the act of injecting malicious code into online advertising networks.

Polymorphic malware ﹘ These can be any of the previously mentioned forms of malware, which have the ability to morph frequently, so that the code appears to change, but the algorithm remains constant. This helps the malware to evade being detected.

Ransomware ﹘ A type of malware using malicious software capable of holding valuable files or data for ransom. Usually they’ll threaten to expose the victim’s information or block access to it if the ransom isn’t paid.

Rootkits ﹘ These give the hackers root-level access to computers and are hidden within the operating system.

Spyware ﹘ This is malware that aims to gather information about a person or organization, and it includes adware, backdoor behavior, botnets, data theft, keyloggers, and net-worms.

Trojans Malware ﹘ As the name suggests, this is a type of malware that disguises itself as legitimate software so that once it enters and becomes activated, it carries out whatever it was programmed to do.

Virus Malware ﹘ Refers to programs that duplicate themselves within a computer or network, and can only be activated when the program is opened. They are able to corrupt data and even completely delete data.

Worm Malware ﹘ These refer to viruses that are capable of duplicating themselves, and by taking advantage of security vulnerabilities, they can increase throughout computers and networks without being picked up, until they eventually take up a large portion of system resources or network bandwidth.

How to avoid malware attacks

Hackers can take advantage of any vulnerabilities from a completely remote location, so it’s important to detect malware early and prevent it from infecting your computer systems.

When you choose to host your website with Distil Digital, you get a FREE Web Performance Monitoring service to ensure that your website never gets neglected and any issues are flagged as soon as they arise.Contact us for high-quality Web Hosting Services in South Africa, and much more. 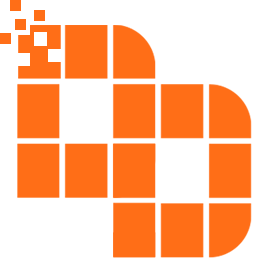